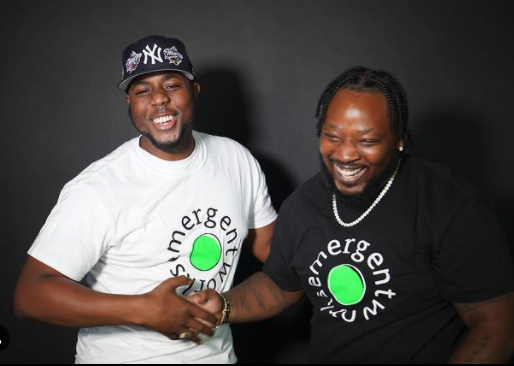 Army Armstead of Emergent Works sat down and spoke with us on his recent engagement with Revivn and the impact it left on the organization. Serving as the Executive Director of Emergent Works, Army is always looking for new opportunities to provide technology or resources for the members of Emergent Works. In need of laptops for their mentorship and software programs, Army and his team put out feelers to the social justice and technology ecosystem in an effort to receive donations for the Emergent Works members. Shortly after this initiative, Revivn’s Tech Access team reached out asking Army for the number of laptops he needed.

“They asked for a number, and we received even more than we asked for. It was the first time we received such a large donation of computers. And these computers are coming from professional engineers with Revivn stickers - clean functioning computers for our community members,” Army shared.

Emergent Works is a community of people who learn, use, and build technology as a means of liberation. They bridge the gap between the tech industry and historically underserved communities impacted by mass incarceration by offering free access to the technology, education, and resources necessary to enter into careers in tech. Emergent Works offers a variety of programs led by senior software engineer mentors and volunteers to enable returning citizens to learn valuable and marketable technology skills thus preparing them for the workforce. Donations from Revivn and other donation partners are crucial for providing Emergent Works members with their own technology to run software or learn the inner workings of the hardware.

“Now these mentees can use the laptops to get their job. Because of Revivn, they can build their resume and interview for jobs. We want Revivn to know the impact they have. People’s lives are going to be changed now. We want to continue to grow and develop this relationship with Revivn!”

To provide our team with insight on the impact these donations can have, Army shared with us the story of Roslyn, a woman who after 39 years was released and was in need of digital literacy. During her time at Emergent Works, she was provided a repurposed computer to help her learn simple technology such as Google Docs and Excel and to help her learn more advanced technology such as HTML, CSS, Java, Python, and other job-ready skills. Roslyn, who was naturally a caretaking individual, completed the Emergent Works program, and devoted her time to traveling and speaking about her experience pre- and post-release while also visiting women’s prisons and teaching the individuals digital literacy. Not only do these donations make an impact on the individual using the hardware, but these donations have a greater effect on the community.

Concluding the conversation, we asked Army to explain why it is so important for technology companies to work with Revivn to repurpose their hardware and give back to the community.

He shared, “Companies should work with Revivn to donate to organizations like Emergent Works because that's how we see this systemic change. That's how we see the digital divide decrease, and that's how we can encourage the wealth gap to decrease. Now people have access to technology to not only apply for jobs but to develop skills that make them more marketable within the workforce.”